Three filmmakers (Aaron, Vinny and Cooper) are dead broke and ready to give up on their pursuit of success in the movie business. Desperate to keep the dream alive, they turn to crowdfunding for their first feature film and raise $75,000 dollars. However, they are overtaken by greed and instead blow the money on frivolous luxuries. Now they must face the consequences, including some shady acquaintances interested in their fortune, and an onslaught of angry donors who have been deceived. 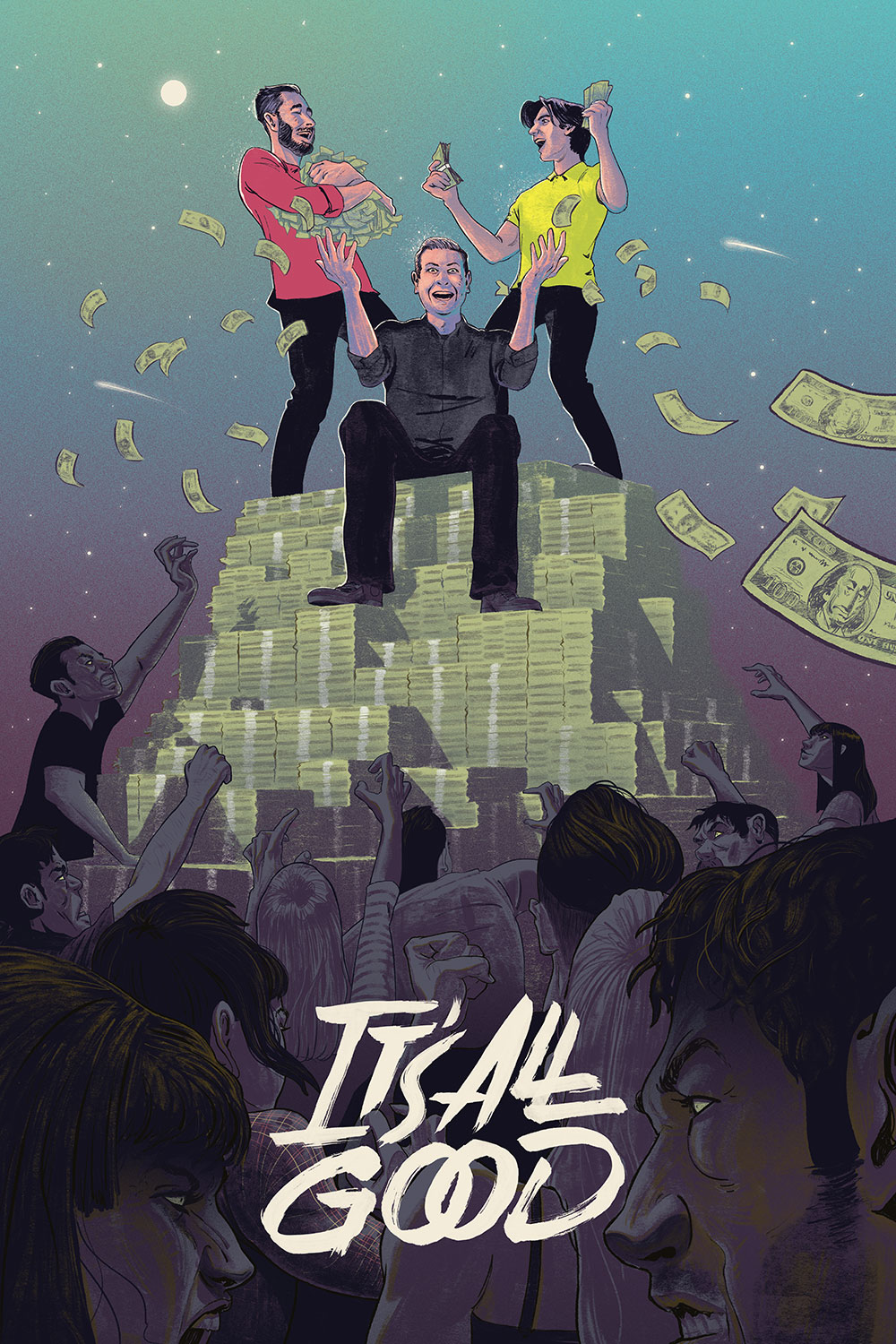 “‘Failed’ Indiegogo film project was a troll all along”

“Local filmmakers pull off the greatest prank in Indiegogo history”

“Directors crowdfund $78,000 for a film, spend it on champagne and limos”

“Indiegogo scam or viral marketing stunt? Only time will tell after $75,000 disappears”

“After Chicago crowdfunding campaign falls flat, donors wonder what happened to their money”

“This Crowdfunding Campaign Is Either A Scam Or A Massive Troll”